North Carolina has been awash with some bad weather lately. All across the state, residents are dealing with heavy rains, high wind speeds, and a scatter of hail fall. 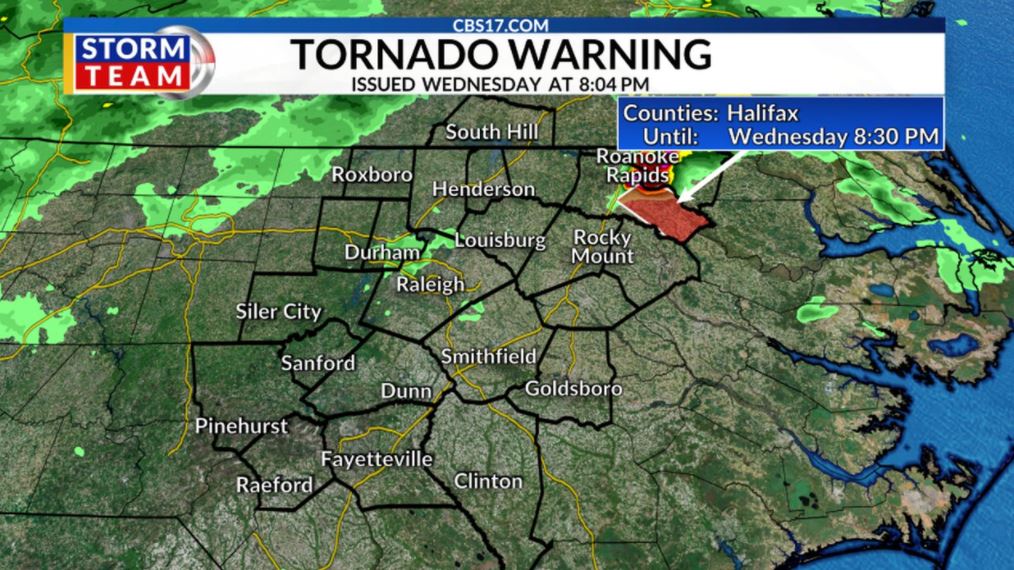 As early as April 3, 2021, Halifax and surrounding counties were placed under severe thunderstorm watch, and meteorologist Mike Maze warned of “damaging wind gusts, large hail, and an isolated tornado.”

As the storm approached, Johnston County experienced some flooding. Milton and Turberville were also dealt a heavy blow of rain and hail the size of half a dollar.

The storm moved across to the east at a speed of 30 mph. Weather specialists recorded nearly 400 lightning strikes in the span of 15 minutes.

While the weather dried up for a few days, the state was back in the thick of things by April 10, 2021. Halifax County was placed yet again under severe thunderstorm watch, along with several surrounding counties.

The storm approached with wind gusts at a speed of 60 mph. A Tornado watch was also issued briefly for Person County. Large hailfall was also noted by a local park ranger in Raven Rock State Park.

Two trees were uprooted in Roanoak Rapids, but luckily no significant damage was caused or any injuries. A few inches of rain were also recorded in the area.

Residents were advised to stay indoors and out of danger until the storm had passed. Storms like these tend to uproot trees, damage vehicles, and cause collisions on main roadways.

By the evening of April 14, 2021, Halifax County was placed once again under a severe thunderstorm watch and issued a tornado warning.

Wind speeds of up to 60 mph were recorded and hail the size of half a dollar.

Residents were once again warned to stay inside and away from windows as the hail had the potential to cause some significant property damage and injuries.